Our daughter today has come of age
Full twenty-one years she has striven.’
Upon the turmoil of this lifes stage,
Handling the life she’s been given.

And once we’ve given first thanks to God,
Which is surely and only His due,
We’re still able to say: “Jenny Symons hooray,
The victory belongs to you”.

For you should have withered and died at birth.
The cleverest of men so told me
Said one: “Just a jelly I see, forsooth”,
Said another: “A cabbage she’ll be”.

But once we’d heard these prophets of gloom
We all got to work with a prayer.
And we’re able to say, on this happy day;
“Some jelly, some cabbage, is there!”

And dozens of ordinary people she’s cheered
And helped with her spirit and zest.
When all’s said and done this daughter of ours
Puts the rest of us all to the test.

Jenny’s life goes to be prove just what can be done
With courage, persistence and faith.
And we know in our hearts what she’s so well begun
She’ll continue the rest of her days.

So once we’ve given first thanks to God,
Which is surely and only His due,
Again we can say: “Dear Jenny hooray,
The victory belongs to you”.

In 2013, after her parents has died, Jenny made the following lists of things she still wanted to do during the time left to her… Her struggle for survival has taken a front seat since then. But this gives you a good idea of her interests and dreams, and what she might one day get back to, when things settle down…

This is a text about Cerebral Palsy that Jenny’s found on the internet and  likes to quote: 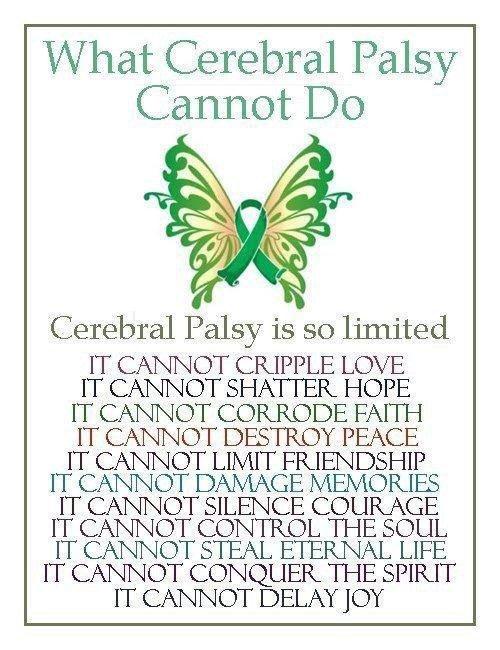